By the time the guy on the Friday market stall had given me a taste and told me it had won third prize in a contest in Montana, I was already handing over the twenty dollar bill. Goat’s cheddar. I was had. Gladly, my film viewing today has been better value than my groceries! Started at 9.15 with two early Maurice Pialat films – the first a short from 1960 entitled LOVE EXISTS which is a montage of Parisien suburbs with a sometimes bitter voice over commenting on the small minded inhabitants trapped in their routines. Made me nostalgic for my early years in the industry working as a runner for a commercials company just off the Champs Élysées. The feature was NAKED CHILDHOOD, a sort of inverse of Truffaut’s 400 BLOWS, about a messed up adopted ten year-old. I was reminded of the verite style of KES, whose protagonist bore many similarities with the one here. Both defiant yet deeply good underneath. From there to my bad cheese moment and then to see Pawel Pawlikowski’s first film made in his native Poland, IDA. Superb stillness and a simplicity that I would like to emulate. He lets the scene unfold. In the film a girl who has been brought up in a convent discovers she is Jewish. In the midst of an unfolding tragedy, this film still has a lightness of touch. I honestly think it’s a quiet masterpiece. I had a brief chat with Pawel afterwards – we have mutual friends in the UK. He is modest and charming. And good looking. More hair than me. I hate him. Then off to an Irish documentary called NATAN about the co-founder of Pathe in France in the early twentieth century, who was a Romanian Jew, whose career was spuriously trashed by French anti-semites, before being finished off by the Nazis in Auschwitz. This film was preceded by an unexpected gem, directed by Colin McCabe, about (I thought unpromisingly) the friendship between Tilda Swinton and John “Ways of Seeing” Berger, called WAYS OF LISTENING. I was moved by their exchange in a film which blurred fact and fiction: it was a documentary that was also a love story. I’m going to try and squeeze in one more film today: THE PAST, by Iranian director Asghar Farhadi, who won an Oscar for A SEPARATION. 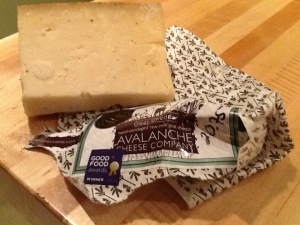 psychodynamic counsellor and filmmaker
View all posts by bergholtbrown →
This entry was posted in Uncategorized. Bookmark the permalink.